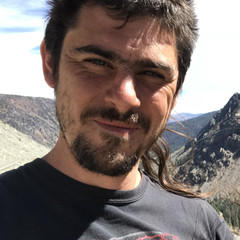 Above all else, I consider myself a creative problem solver. Since graduating from the Art Institute in 2013 I've worked on game art in a variety of capacities, always motivated to find elegant solutions and create beautiful results. In an industry that is constantly evolving, I have no trouble staying hungry for new techniques, tools, and knowledge that improve my value as an artist- it’s fun for me. I love creating worlds that are compelling and believable and consistent, and I find inspiration in anything and everything around me.